Change. A word that can strike fear in many, as the prospect of dealing with unknown places, situations, people, threatens to upset the status quo in someone’s life. Change can be very unsettling, upsetting and disruptive, particularly if children or animals are involved. But change in life is not inevitable, it is certain. My knowledge of change started early in life, as the daughter of a salesman, my sister and I found ourselves to be the newbies in no fewer than three primary schools and two high schools. The stress and anxiety you feel when you are wheeled in as the ‘new girl’ and become the focus of everyone’s attention, is something I never relished and always chose to take a chameleon approach to my surroundings. This meant that within a very short space of time I had adapted and blended in, shifting the focus to someone else as quickly as possible. At the time I know it was nerve wracking, but I don’t look back on it and feel like I was hard done by, I actually think I have been lucky to have had such a colourful background. But that’s because all of the changes were so well managed by my parents and we were encouraged to see it as an opportunity to make new friends and have a new bedroom to decorate. As an adult, my ability to adapt to new situations is good, which I think allows me to have a more relaxed outlook on life, always aiming to be the local rather than the tourist.

Tag’s fear of change, is something I am aware of and deal with regularly, but it was exemplified recently, when I decided to try his hoof at working hunter. Being both cash and time poor means that I need to pick my schooling and competition outings carefully, taking into consideration how much time and money I spend away from home, and on horses (I never, ever add that up). So when we arrived at the working hunter show and I viewed the course, it crossed my mind that this was quite a change from the showjumping we had been doing, and really a bit of WH schooling wouldn’t have gone amiss. But I was dressed, he was plaited and I wasn’t going home, until I had at least tried. Needless to say – as one of my previous posts highlighted – this outing was not a success, and we got as far as fence three before we made our excuses (first time, ex-racer, blah, blah, blah), to the lovely judge who was very complimentary, all things considered. 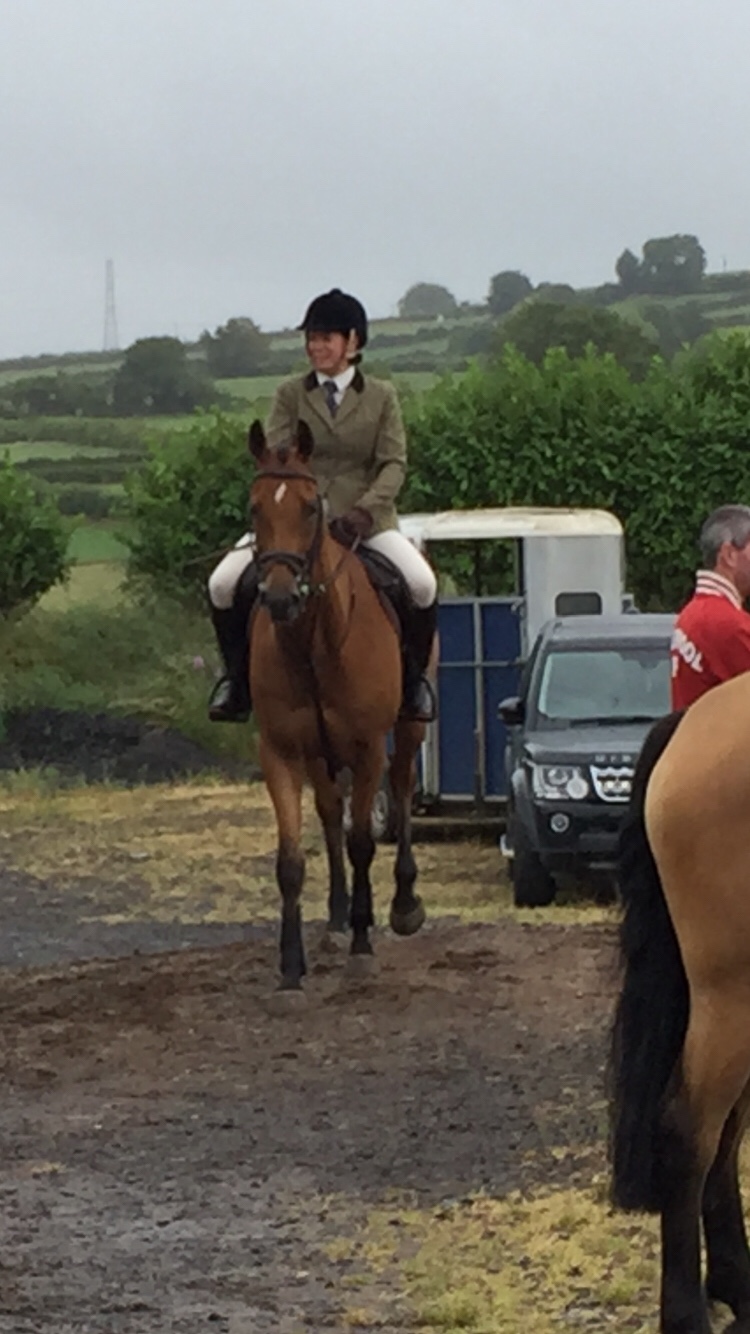 The change had been too much for Tag,  and had happened all at the one time. And as he jumped around the very same course the following day, with only a few problems, I know that his aversion to change will always be a stumbling block to how we progress competitively. And of course that frustrates me, because he will never be ‘that’ horse. You know the one that you can pull out, throw on the trailer and rock up to a show and canter round on, just for the fun. But it can’t be all about that, and for me it never was. In my opinion, and from my own personal experience, you train horses like you train children; to experience as much of life as possible while gaining confidence and learning  (without actually realising it) all at the same time. And although I try my best to make everything a positive experience – for my children and horses –  I have come to realise that is an unrealistic goal, and one that I set myself far too often.

I see change as a new challenge and generally quite exciting, an opportunity to meet new people, see new places, experience more of life, but I know not everyone feels like that (and definitely not Tag) and I respect that. With Tag, I will stick to what he is comfortable with for a while and see how far he can go in those areas, such as dressage and showjumping, rather than trying to give him any new experiences. He needs some time to just ‘be’. He has changed dramatically over the years, and I have to let him just enjoy that for a while instead of challenging him to try this, do that, go there, behave like that other horse…

That element of change and getting used to somewhere new is a real ‘pit of the stomach’ feeling that no one enjoys, and I have to remember that Tag feels like that every time he gets onto the trailer.

I am a working mum of two children, with a husband, two dogs, six hens, three ducks, a pony and a very silly ex-racehorse. So what else would I do in my 'spare time' but write about it all! View all posts by therapyofathoroughbred

One thought on “Chapter Twenty Seven – As good as a rest?”